FROM ABNORMAL BACK TO NORMAL?

IS ABNORMAL THE NEW NORMAL?

SERIES: AMERICAN CONCERNS  This Post is the second in a January Series asking: About what problems are American intellectuals and policymakers most worried? This Post treats concerns about the middle run, particularly economic. Other Posts treat concerns about the short run (140104), long run (140119), and China (140126).

The previous Post (140104) noted American concerns about American POLITICS. This Post turns to American worries about the American ECONOMY. In 2008, a Financial Crisis broke out; energetic government intervention quickly contained it. Since then, despite generous monetary policy, Great Recession growth has remained slow and unemployment high. 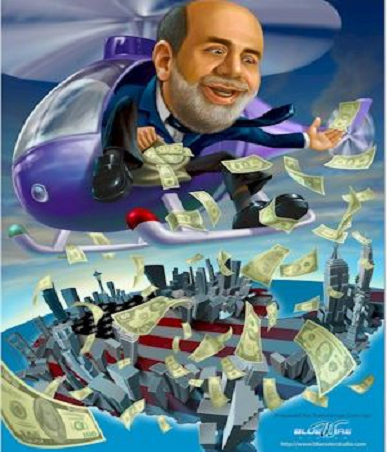 Overall, is the USA (and much of the rest of the West) heading from an abnormal period back toward a period of normal problems and solutions? Or are we still stuck in an abnormal period that requires still more abnormal solutions? That is the question this Post tries to sketch, citing the recent views of several leading economists.

In this Post, the official HOPE that the USA is beginning to get back to normal is represented by

In the background, stand two other pessimists toward whom Summers appears to be moving. One is economist Paul Krugman, never an official but always providing trenchant analysis and criticism from the sidelines. The other is this Blog’s own economist Robert J. Gordon, whom the others cite. (See his 130921, 130928, and 131005 Posts at  http://edwinckler.blog.caixin.com/ .)

One suspects that what views these distinguished economists chose to express is somewhat affected by their positions. As the USA’s top economic official, Bernacke is almost obliged to remain calm and somewhat optimistic. Having not succeeded Bernacke, Summers – like Krugman and Gordon – is more free to “think outside the box.”  In any case, it can be difficult to compare their positions, because each chooses to use his own terms.

In practice, in 2014, the economy should continue its slow recovery. Private demand appears to be resuming. On the public side, evidently Congress is willing to spend a little more money and to guarantee a little more fiscal stability. The USA economy may gradually further distance itself from deep recession. But the theoretical question remains, toward what new destination?

Many readers may find this Post not much fun. It presents gloomy conclusions based on complex analyses in terms that are likely to be unfamiliar even to those who know some basic economics. Sorry about that! All I can say is that, in the real world, all of us need to learn much new economics.

FROM  ABNORMAL  BACK  TO  NORMAL?

A main thing that has made the Great Recession abnormal has been political failure to complement strong central bank lending with strong government spending. Nevertheless, some economists hope that, with the right policies, the economy is fixable. 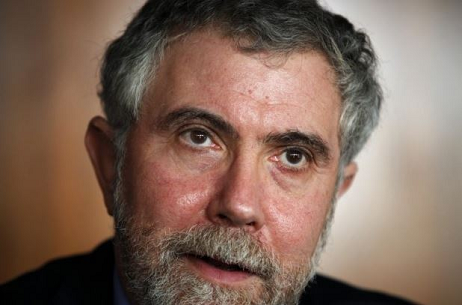 Perhaps the most straightforward diagnosis of the Great Recession has been that it is really another Great Depression and must be combated as such (Paul Krugman 2009 The return of depression economics and the crisis of 2008 and 2012 End this depression now!, both from Norton). Krugman followed 1930s Keynes in arguing that the late 2000s economic problem, though huge, was only “technical”: just a shortfall in demand that government could help make up. The policy problem was that economists’ calculations showed the shortfall (at least $1.5 trillion) to be greater than politicians were willing to spend (under $1 trillion).

Moreover, after a first (insufficient) fiscal expenditure, politicians became unwilling to spend any more, depriving government of further fiscal measures. That left government with only monetary policy, exercised through the American central bank. Fortunately “the Fed” has much autonomy from both legislature and executive, leaving it somewhat free to pursue the best policies it can devise. Fortunately also in the late 2000s the Fed was run by an economic historian who is expert in how to combat crises like the Great Depression (Ben Bernacke).

The main lesson Bernacke and others had drawn from the Great Depression and earlier financial “panics” was the need to flood financial institutions and the economy with as much money as possible as quickly as possible (“liquidity”). One way the Bernacke Fed tried to do this was by holding interests rates at near-zero for years, which proved insufficient. Consequently Bernacke’s Fed experimented with still more unorthodox measures. The main one was buying assets to inject  money directly into the economy (“quantitative easing” ). Another was to try to shape investor behavior by indicating likely future Fed policy (“forward guidance”). Meanwhile the Fed began inventing methods to more directly addressing the risk of instability within the financial system as a whole (“macroprudential tools”).

Under Bernacke, the Fed did its utmost to restart the economy by loosening credit. Meanwhile, in effect, Congress did its utmost to undermine those efforts, not only by cutting government spending, but also by disrupting economic stability through repeated budget crises. The Fed has promised to continue low interest rates indefinitely and to “taper off” its “quantitative easing” only as fast as economic recovery permits. Heading into elections, Congress may try to avoid dramatic budget crises, but will largely maintain its counterproductive fiscal austerity. 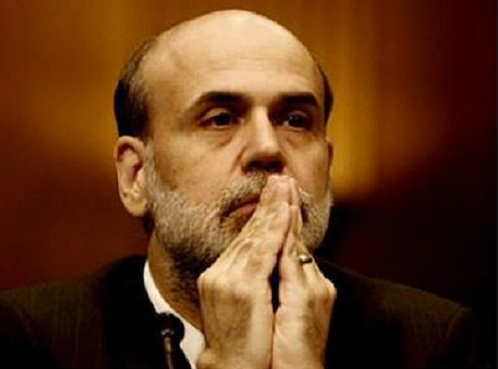 According to Bernacke’s fine 140103 parting message (“The Federal Reserve: Looking back, looking forward”), Fed efforts to increase its transparency and accountability have increased not only its economic effectiveness but also its democratic legitimacy. Economically, things are beginning to look better, albeit too slowly. Strenuous Fed efforts through monetary policy (flooding the economy with money) remain undercut by stubborn congressional obstruction of fiscal policy (refusing to spend money). Despite these difficulties, the Fed has begun trying to “normalize” its roles and strategies, including strengthening measures to prevent future crises. Bernacke claims that the Fed has the tools necessary to achieve this normalization without disruptions such as large sales of its greatly expanded assets.

(See the text at http://www.federalreserve.gov/newsevents/speech/bernanke20140103a.htm.

For a video of the whole panel, see http://www.c-spanvideo.org/program/ChangingRo . For a brief humorous video tribute to Bernacke as a shining light guiding the world out of disaster, see http://www.businessweek.com/articles/2014-01-03/ben-bernanke-the-red-nosed-reindeer .)

One influential analysis – by economists Carmet Reinhard and Kenneth Rogoff – argued that what has made the Great Recession so bad has been that, like the Great Depression, it resulted from a FINANCIAL crisis. Relative to an ordinary business cycle, a financial crisis creates deeper problems that take longer to correct: judging from many historical examples, about eight years. For example, banks, firms, and households need a long time to reduce the amount of debt they hold relative to their assets (“deleveraging”). This financial angle is illumining. But many details remain to be worked out (see Kashyap’s remarks on the Bernacke panel). Moreover, risky finance interacts with deeper contradictions in contemporary neoliberal capitalism (see below).

In any case, by early 2014 only the United States and Germany have returned to their precrisis peaks of per-capita economic output. The other ten Western countries affected are mostly still far below their precrisis peaks and could eventually accumulate economic losses greater than they suffered in the Great Depression. Even more than in the USA, poor policy may be hurting. European authorities are proceeding as though European economies can muddle through by austerity and growth (contradictory), without applying drastic measures such as debt restructuring, high inflation, and capital controls.

(See their 2008 paper “Is the 2007 U.S. subprime crisis so  different? An international historical comparison,” American Economic Review, 98,2: 339-344. And their 2009 book This time is different. And their recent paper “ Recovery from financial crises:  Evidence from 100 episodes,” presented at the January 2014 AEA meetings and forthcoming in  American Economic Review Papers and Proceedings, May 2014.) 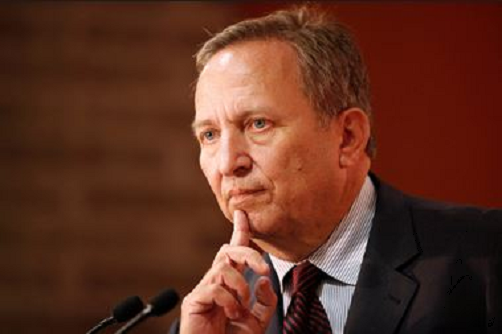 Another model recently readvanced is a 1930s American explanation of the slow USA recovery from the 1930s Great Depression. Economist Alvin Hansen then proposed a model of “secular stagnation” in which an era of slower growth was caused not just by a temporary shortfall in demand but also by permanent structural changes such as slower population growth, the closing of the American frontier, and slower technological innovation. Wartime recovery seemed to refute that analysis and postwar Keynesians abandoned it. Nevertheless, to explain the slowness of the 2008-2013 recovery, Lawrence Summers has now revived it.

Like Robert J. Gordon, Summers notes adverse structural changes that may be causing stagnation and making the economy unresponsive to low interest rates. Some changes parallel Hansen’s, such as slower growth in population and productivity. Some are more contemporary such as increased income inequality and decreased equipment costs. Some result from the Financial Crisis itself, such as increased risk aversion and increased financial costs. Like Gordon, Summers claims that some of these changes began reducing the robustness of American economic growth even before the Financial Crisis, already in the early 2000s, perhaps even as early as the mid-1980s.

(See Summers 131108 “Remarks at the IMF Fourteenth Annual Research Conference in Honor of Stanley Fischer” [available on Youtube]; Summers 131215 “Economic stagnation is not our fate — unless we let it be;” and Summers140105 “Strategies for sustainable growth” – the last two both Opinion pieces in The Washington Post.) 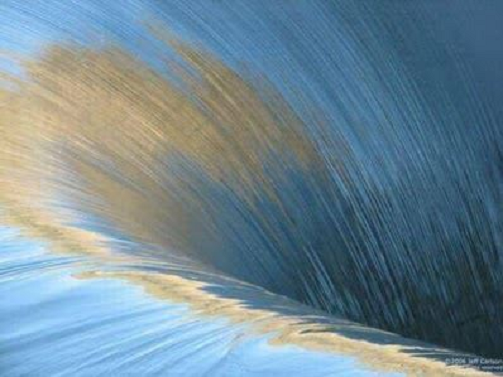 It is significant that Summers has now joined the pessimists. Both Krugman and Summers admire Gordon’s analysis of a possible slowdown in productivity growth. Summers appears to be adopting Krugman’s analysis of the USA as stuck in a “liquidity trap. (On the latter convergence, see Krugman 131116 on his blog at The New York Times.) Evidently Japan fell into a liquidity trap from around 1990.  Now the US and EU have too. So it is worth noting this strange concept, even though we do not have the space to fully explain it.

A liquidity trap is a standard analysis of a non-standard situation in which even very low interest rates fail to revive an economy. No matter how much money you pour in, it doesn’t help. The usual relationships between interest rates and money supply, inflation and investment become scrambled, even reversed. As Krugman says, virtue becomes vice and prudence becomes folly. Wasteful spending is better than no spending. Achieving full employment may require bubbles (as since 1985). Bouts of high inflation may be necessary. Trying to prevent future crises – even improving financial regulation! – can be counter-productive. (See Krugman 131116 for details.)

Arguably this strangeness could greatly complicate American economic policy. National leaders avoid confronting the American public with economic concepts, even simple ones. They have been even more reluctant to admit that the USA might be caught in something as strange and scary as a liquidity trap. Many American politicians refuse to use even basic economics to analyze economic policy, preferring to moralize instead. Liquidity strangeness will give them even more to deny and moralize.

Something to be concerned about, indeed!

Edwin A. Winckler (韦爱德) is an American political scientist (Harvard BA, MA, and PhD) who has taught mostly in the sociology departments at Columbia and Harvard. He has been researching China for a half century, publishing books about Taiwan’s political economy (Sharpe, 1988), China’s post-Mao reforms (Rienner, 1999), and China’s population policy (Stanford, 2005, with Susan Greenhalgh). Recently he has begun also explaining American politics to Chinese. So the purpose of this Blog is to call attention to the best American media commentary on current American politics and to relate that to the best recent American academic scholarship on American politics. Winckler’s long-term institutional base remains the Weatherhead East Asian Institute at Columbia University in New York City. However he and his research have now retreated to picturesque rural Central New York.